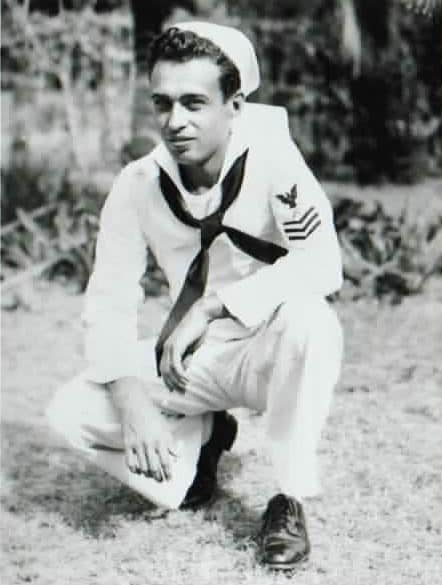 Richard L. Baldwin was born during a snowstorm in Breckenridge, Michigan, in 1919, growing up in the Great Depression. After Pearl Harbor, he enlisted in the Navy and married his college sweetheart, Doris Zimmerman. They spent several bittersweet weeks in San Francisco before he sailed into the Pacific to serve as on a supply ship, anchored off Tulagi near Guadalcanal. From Tulagi they sailed to Bougainville where Marines clung to a beachhead one-mile deep, ten miles long, suffering 90% casualties. Ultimately, they landed in Guam for the invasion of Japan. On the way there, a typhoon hit the ship, bobbing it around like a toy boat in winds of 100 knots or more. With each shudder of the bow in the waves, it felt as if the ship would break apart. In Guam, the crew learned of the Atom bombs, then Japan’s surrender.

Back home, he and Doris had four children (Diane Baldwin, Susan Hoover, Nancy Letts, and Robert Baldwin of Highlands Ranch). For 30 years he ran a small bank for farmers.  Once, when hearing birds sing in a snowstorm, he was asked why they sang in such a storm.  “Because,” he said, “they are alive.”

Sadly, we lost Dick on October 19,2004. But we are lucky to be reminded of him each day when we hear birdsong.