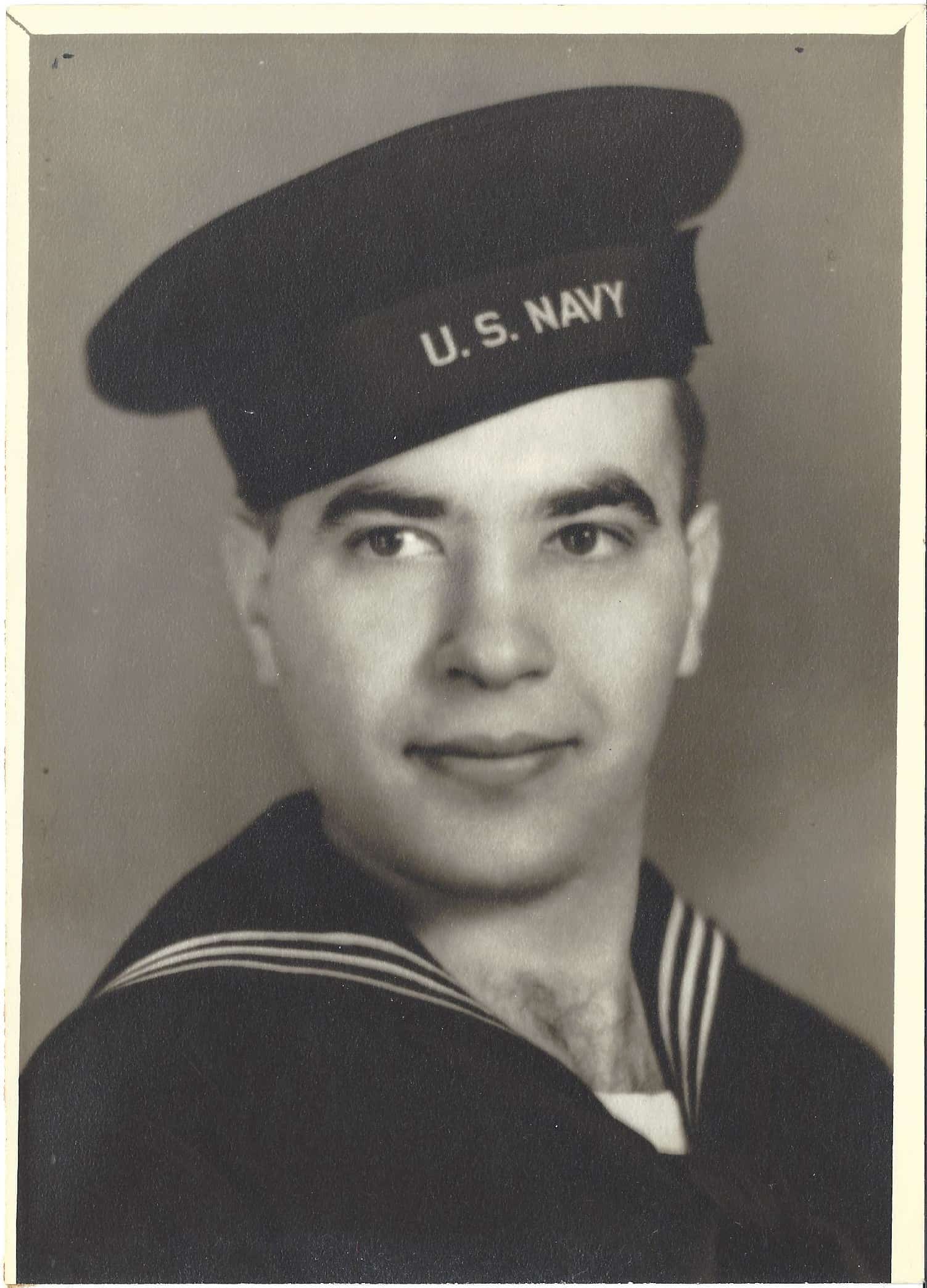 In honor of Albert Glazer, born in Philadelphia PA in 1921. He was killed in action aboard the USS St Lo (formerly USS Midway) CVE 63/VC 65 on October 25, 1944 at the Battle of Leyte Gulf. The St Lo was off the coast of the Philippine Islands in support of General McArthur’s invasion. The St Lo was the first naval ship sunk by a kamikaze.

Albert enlisted in the Navy and reported to basic training at the Great Lakes Naval shipyard where he traveled with his fiancé who he married at the base. Upon completion of basic training he went to Washington State for further training. From there he was ordered to San Diego and become a member of the initial crew of the USS Midway. His wife, Norma, who was pregnant at the time, returned to Philadelphia. The ship’s name was changed to the USS St Lo and just 13 days later it was sunk in a kamikaze attack. Albert’s son was born just three months before Albert died.