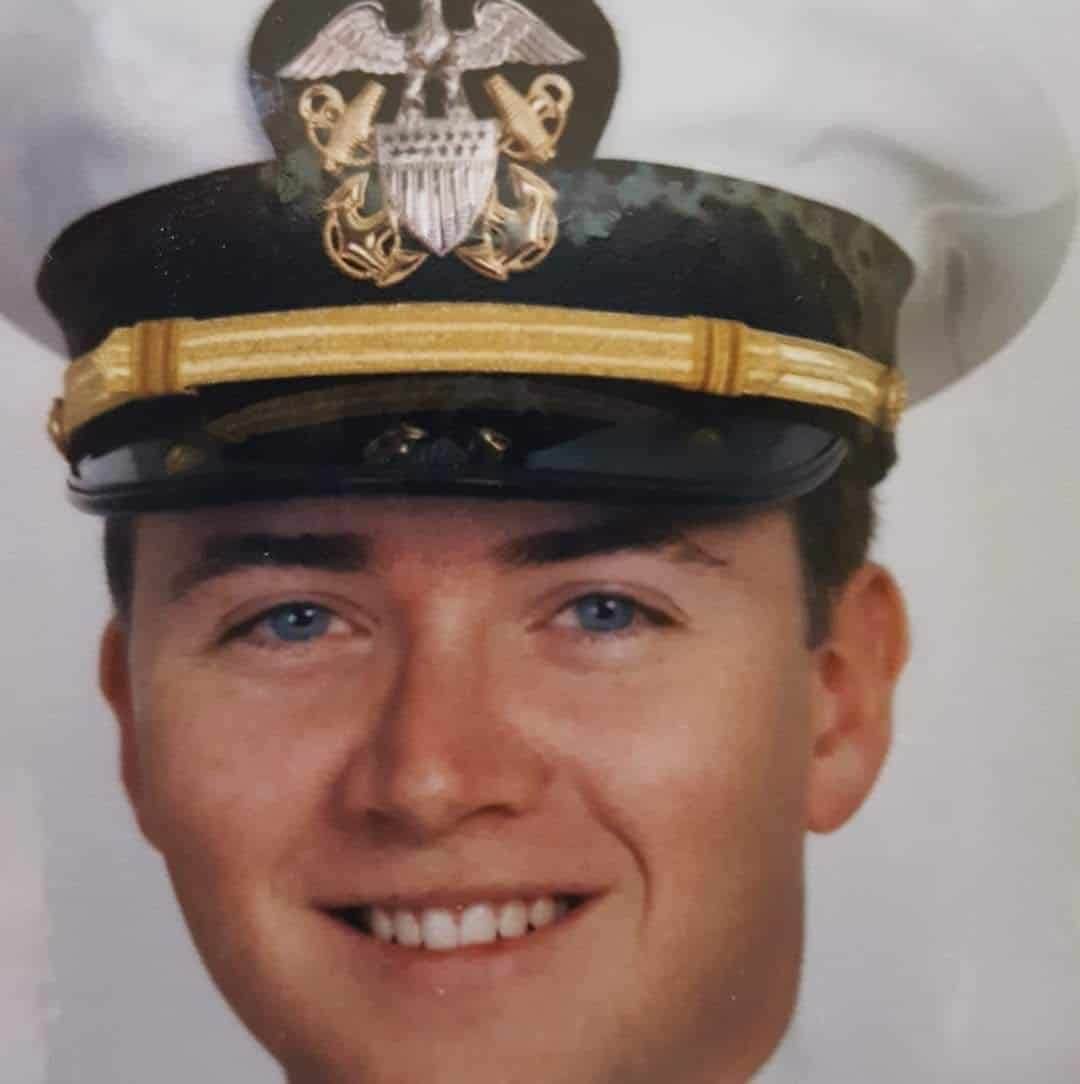 Anthony J. (Tony) Fabian, a Colorado native, was raised in the mountain town of Leadville. A 1987 graduate of the U.S. Naval Academy at Annapolis, MD, he was commissioned as an Ensign, USN that same year. He served as Main Engines Division Officer and Guided Missiles Division Officer aboard the battleship USS IOWA (BB-61) from 1988 until the ship’s decommissioning and inactivation preparations concluded in 1991, earning his Surface Warfare Officer designation and Officer of the Deck and Engineering Officer of the Watch qualifications. Fabian acted as interim head of Damage Control Central during the Turret Two explosion on April 19, 1989 and was a major contributor to the IOWA earning the prestigious Engineering “E” award. He then served as Aide and Flag Lieutenant to RADM Byron E. Tobin, Jr., commander of the world’s largest naval base in Norfolk, VA from 1991-93, and finally on the staff of Commander, U.S. Naval Forces Korea from 1993-96 before his honorable discharge at the rank of Lieutenant Commander in 2000. His personal awards/citations include the Navy Commendation Medal (awarded by CINCLANTFLT), Meritorious Unit Citation Ribbon, Navy Sea Service Ribbon, National Defense Service Medal and Navy Rifle Marksman Ribbon.