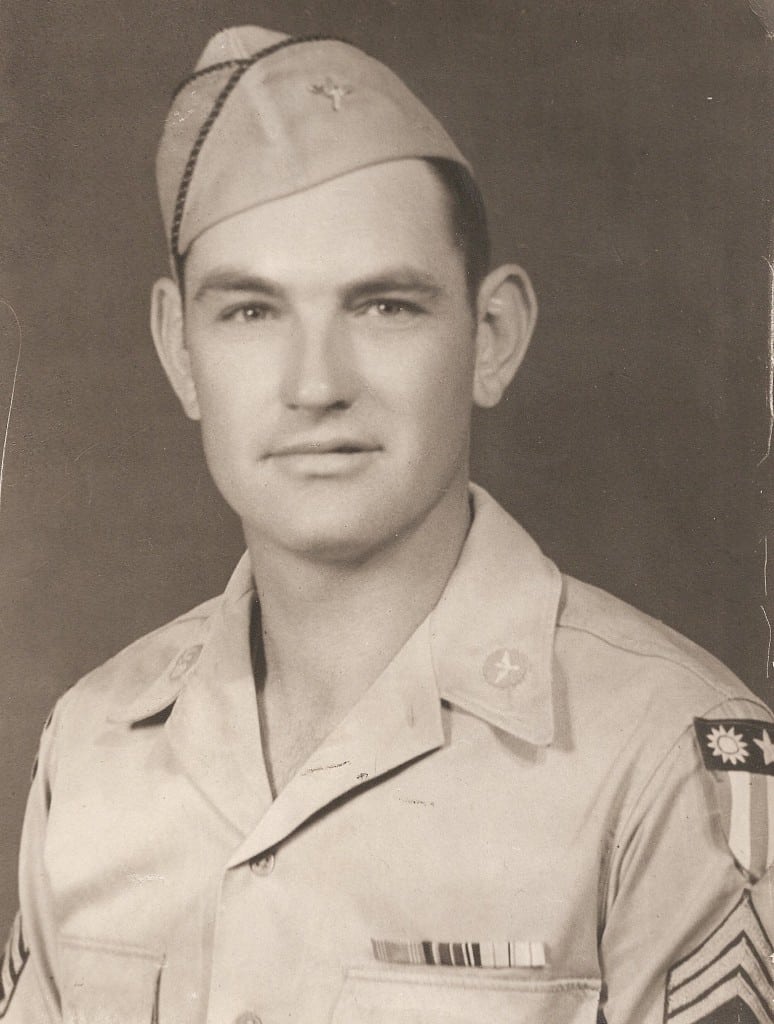 Ferd Yosten was born 12/17/14 in Muenster, Texas. After Pearl Harbor, he enlisted in the Army Air Corp. He became engaged to Harriette Schoech shortly before shipping out. She would work at a bomber plant, building engines that he would later repair after combat. At age 27 Ferd was already a talented and experienced  engine mechanic, starting that trade when he was only 13.  His gifts were immediately recognized and he was sent to be part of the Doolittle strikeforce.  He was on the USS Hornet servicing B-25s when those men he described as the “most courageous I ever met” took off.

He was then assigned to bomber groups headed for Africa, then to Italy, and on to India and China delivering P-40s to Chenault’s Flying Tigers.  His tour of duty lasted 36 months.

Ferd then married Harriette and had a family.   He was an extraordinary mechanic, tirelessly helping friends and church family with auto problems, he could fix just about anything. He entered eternal life 12/26/95.

Uncommonly tall, uncommonly strong, Ferd was a quiet man and seldom spoke of his war experiences.  His philosophy was that war was not about killing people, but rather tearing up the enemy’s equipment so that they could do no further harm.  If it could only be so today.