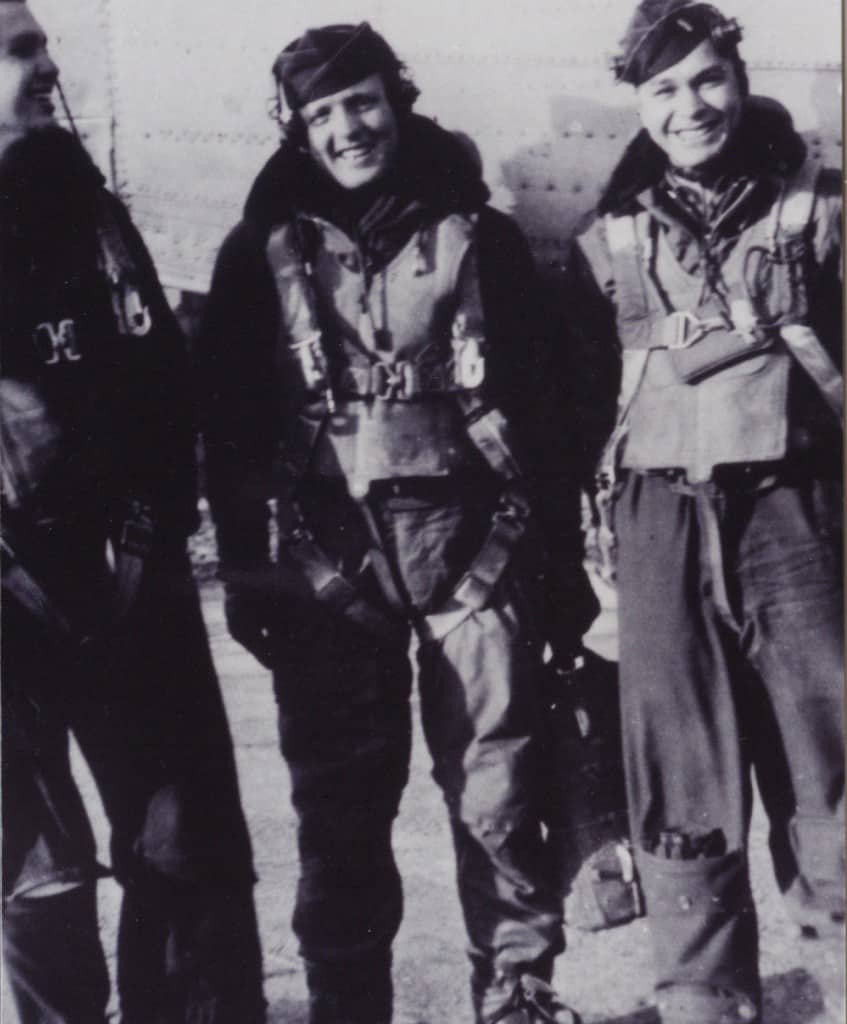 Excerpt from “Their War, When The Country Called, These Men Rose To Answer”

Twenty-five thousand feet above terrain he couldn’t see, through thunderstorms of flak and clouds of black smoke, the kid from the Menominee nation in Wisconsin who never wanted to fly found himself smack dab in the middle of history’s greatest conflict, piloting a “tin can with wings,” too busy to be scared.

The fear would come later. Down on the ground at the debriefings, where they’d pass around cheap liquor and cigarettes to “help calm you down.” Sometimes the booze and the nicotine worked. Sometimes they didn’t.

Sometimes bomber pilot 2nd Lt. Fred Jeffers was still antsy. Wanted to know what happened to that plane right above him. One second it was there. Next second it was “just a great orange ball.”

The plane had slid out of formation and that was that. No time to worry about the crew. No time to worry that you might be next because “otherwise you’d just be scared s—less.” Just time enough “to do what we had to do, and that’s all there was to it.”

And when you asked about the plane that had gone orange and whether there was word on the crew more than likely what you got was . . . nothing.

“The briefing people, most of the time, they wouldn’t tell us nothing.”

There is a thin smile on Fred Jeffers’ 86-year-old face as he remembers things in the living room of his Littleton home. Across the room is Tish, one of his five daughters, who has heard her father’s stories many times, and Tish’s husband Tom Gadbois, who hasn’t heard them nearly enough.

“It’s just amazing, his stories,” Gadbois said. “It gives you this incredible appreciation for what people like dad went through.”

Jeffers shrugs. What he did was what he had to do. No big deal. The 22 bombing missions over Germany and occupied France, dropping payload after payload on tank factories, railroad yards, submarine pens and fortified artillery? Just his job. A job he never expected.

Hey, if that logging camp he was working in had served a decent breakfast, he might never have gone to war. But the toast was so bad one day that Jeffers blew up. The boss heard him. The boss said, ‘You don’t like the food here, why don’t you just quit?’

Someone said the Army Air Corps might be a good idea. Might have been, too, if the Japanese hadn’t bombed Pearl Harbor 10 months later. By dint of his skills as an efficient payroll clerk, Pfc. Jeffers got tabbed for officer training school. By sheer coincidence – the idle hunch of his CO – he became a pilot.

Back then you had to learn quick. PT-121, BT-13s, Cessnas – “Bamboo Bombers” they called them. Then into the cockpits of B-24s. Off to England. Learning to fly in formation – “wingtip over wingtip.” Learning not to get spooked by the flak storms and the shrapnel biting into your plane. Hoping to get in 25 missions – your ticket back home. 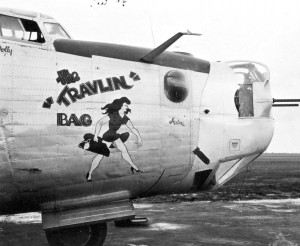 Jeffers smiles. The Travlin Bag got him where he had to go and – better still – back to where he’d come from. To base in England. To those briefings where you learned how successful your bomb run had been because you sure couldn’t tell from 25,000 feet up, through clouds of black explosions.

After the war, Jeffers stayed in the Air Corps – it didn’t become the Air Force until 1947 – for another 16 years. Flying the Berlin Airlift. Flying the Cold War. Earning two Distinguished Flying Crosses and 70 other medals.  Flying to the rank of major. Along the way he studied the war. Battles, campaigns, dates, details. Important stuff.

“We call him the History Channel,” laughs Tish. When she and Tom watch a movie about World War II, they call him up. Y’know, fact checking.

He’s glad they ask. People need to know about the war.

“Kids today don’t know about what happened then, and they should.”

They should know about a time when brave men who didn’t think they were brave managed to save the world simply because they did what they had to do.