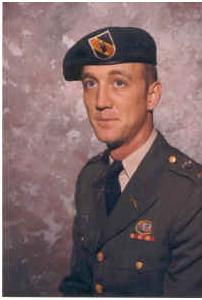 On March 24, 1970, helicopters from the 170th were sent to extract a MACV-SOG long-range reconnaissance patrol (LRRP) team which was in contact with the enemy about fourteen miles inside Cambodia in Ratanokiri Province.

The SOG team had been in contact with the enemy all night, running and ambushing, but the hunter team pursuing them was relentless and they were exhausted and couldn’t continue to run much longer.

Helicopters landed on the LZ and were on the ground for 4 minutes, and transmitted they had the entire team of eight on board. The aircraft began its ascent and was hit by enemy fire.  An explosion in the aircraft was seen. The helicopter continued in flight for about 300 meters, when another explosion occurred, causing the aircraft to crash in the jungle.  The second helicopter descended to get to the crash site. As it neared the ground, it was met with intense ground fire from the entire area. Under heavy tree cover, the crash site could not be seen.  With no place to land, they elected to return the remaining extract team to Dak before more aircraft was lost.

All crew and passengers were presumed KIA and listed as MIA.