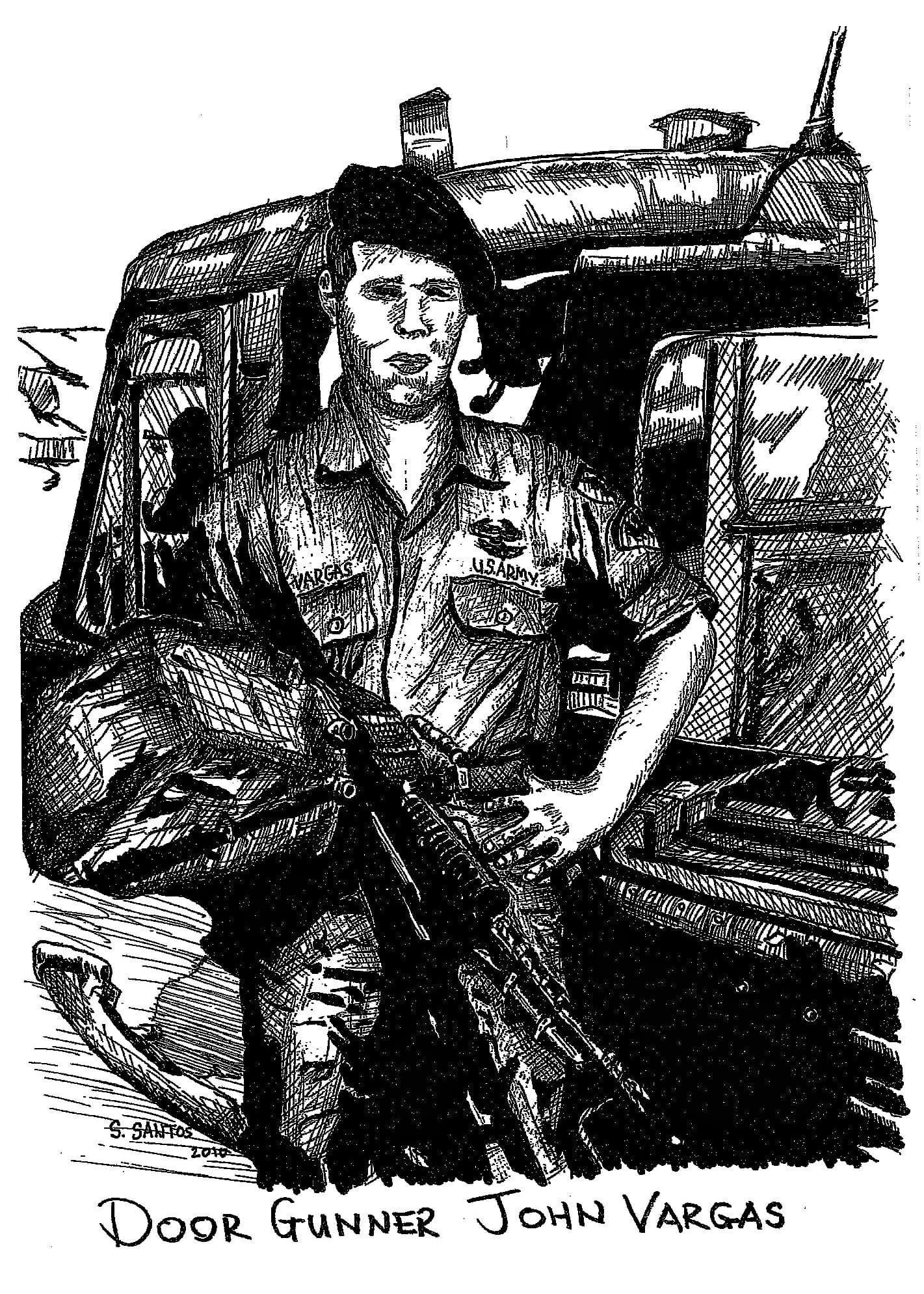 John was born in San Juan Puerto Rico, grew up in New York City and has been a resident of Colorado for the past 17 years.

He was drafted into the U.S. Army on Dec. 22, 1965. He had a brief stay at Fort Dix, New Jersey before being sent for Basic and Advance Infantry training to Ft. Lewis, Washington. After completing his training it was a week long trip via a military boat to South Vietnam. He worked at the 4th Division HQ and walked patrols near the Michelin Rubber Plantation.

After witnessing his comrades dying, he requested and was granted a transfer to the 25th Division, 3/4 Air Cavalry as a Door Gunner on a Helicopter Gun Ship.

John was promoted to E-5 while in combat. On May 19, 1967, John received wounds to his right arm and shoulder.

While being seriously wounded, he assumed his gunners role and marked the enemy’s positions with smoke grenades and continued firing with one arm from his M60 machine gun.

For his bravery and heroic actions, John was awarded the Purple Heart, the Air Medal with “V” device and The Distinguished Flying Cross.