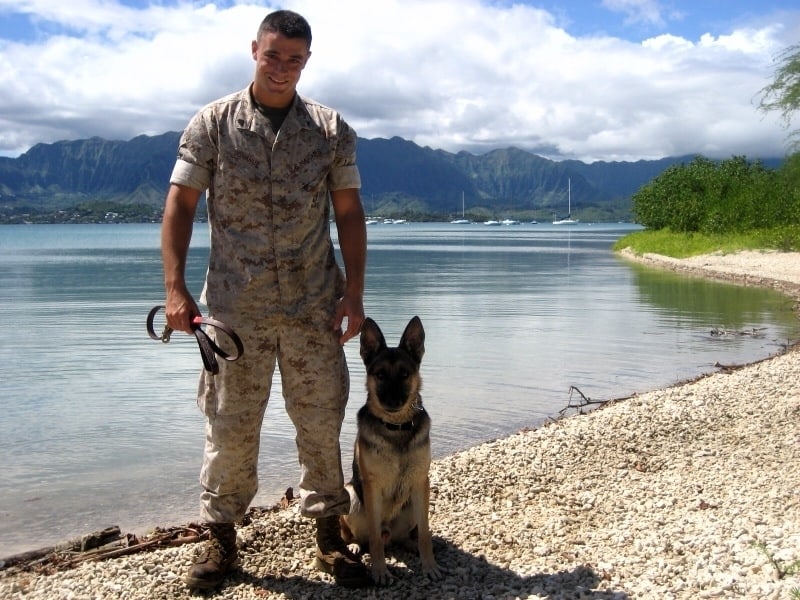 Cpl. Max Donahue was born July 14, 1987. He proudly served as with the U.S. Marine Corps for four and a half years as a part of the 3rd Battalion, 10th Marine Regiment. Deployed in Afghanistan, Max was an U.S Marine Military Police dog handler to Fenji.