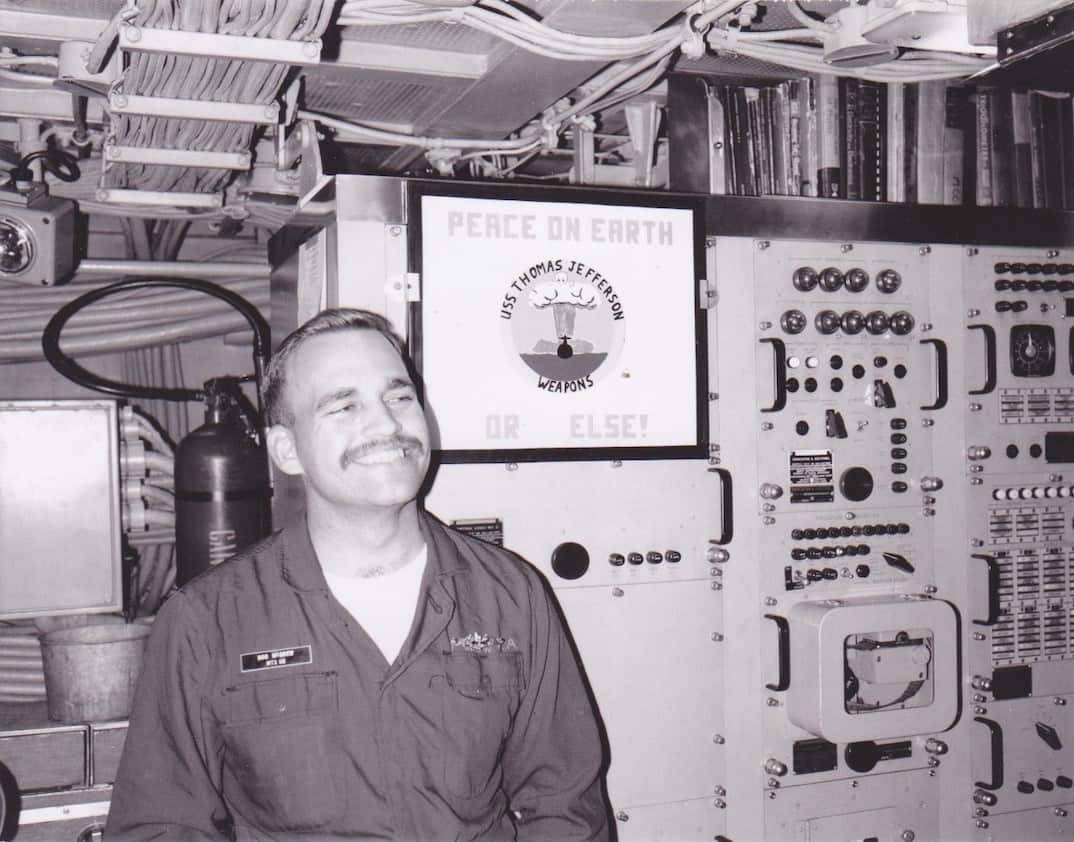 Bob joined the United States Navy in 1961. After boot camp, he graduated from A, B, and C Advanced Electronic Schools, Inertial Guidance School, and Polaris Missile School. Before he had the chance to go to Submarine School, he was assigned temporary duty to the USS Argonaut, SS-475 a Guppy Class Submarine, during the Cuban Missile Crisis. He then attended and graduated from Submarine School in New London/Groton Conn in 1963.

Bob was assigned to USS Thomas Jefferson, SSBN 618 in 1963, where he served for the remainder of his Navy career. He qualified for his Submarine Service (SS) Dolphins aboard Thomas Jefferson while operating out of Holy Loch Scotland. He was honorably discharged in 1972 as a Missile Tech, 2nd Class (MT2-SS) with a rank of Petty Officer 2nd Class.

Bob was married to Sandy McGrew for 15 years, and is currently married to Joy McGrew for 28 years. He has three sons and 1 daughter: Shawn, Mark, Tim McGrew and Jackie (Egger) McGrew. Five Grandchildren (Brandon McGrew, Cameron McGrew, Alyssa Egger, Hailey Egger, and Cody Egger). He has since worked at University of Colorado and Colorado School of Mines. He retired in 2002 from Mines. He is presently residing in Highlands Ranch, Colorado.