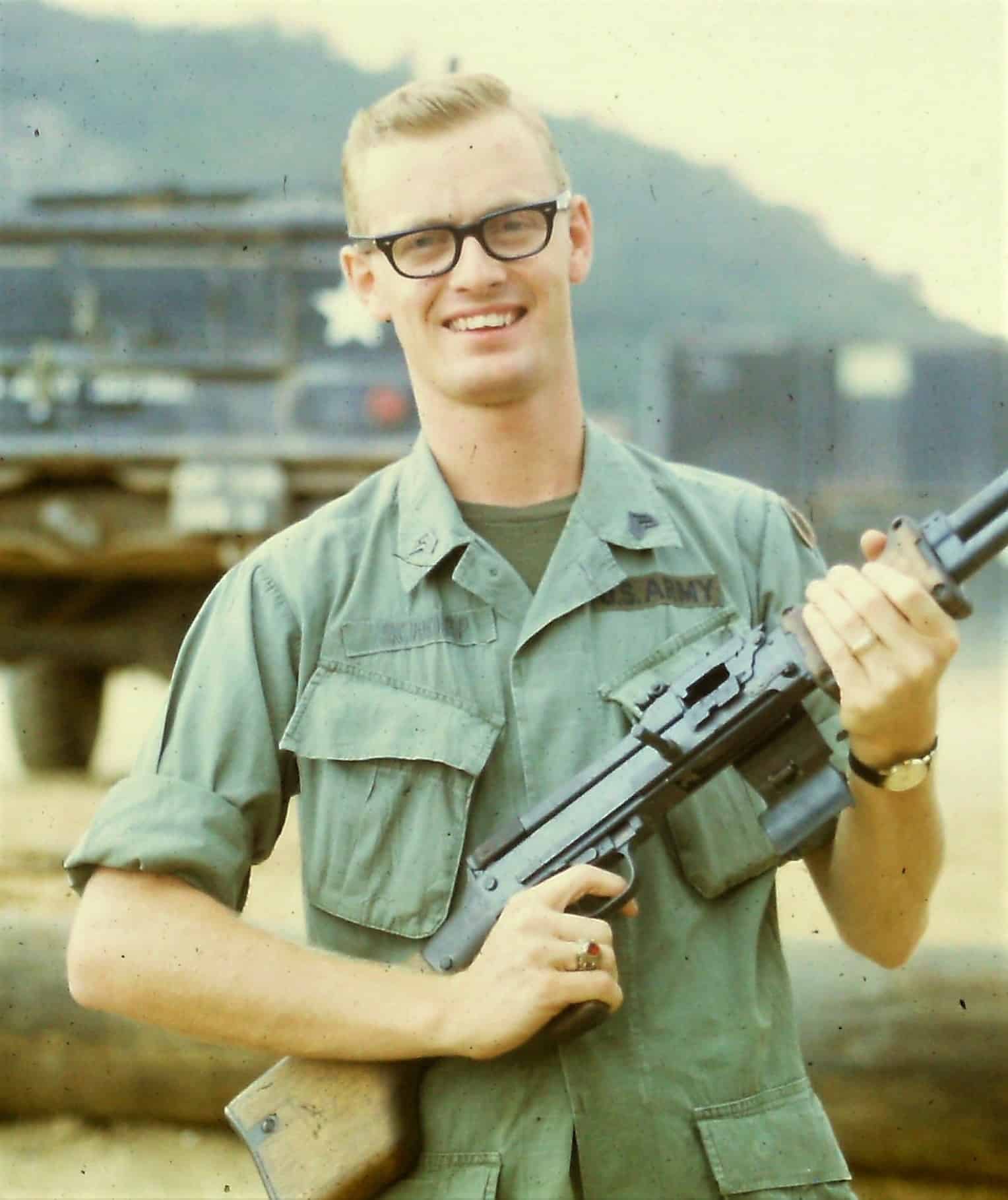 Sgt. Robert L. Schoep was born and raised in Orange City, Iowa. He attended the University of South Dakota earning a degree in Business Administration, with a Major in Accounting, and later attended the University of Colorado at Boulder, earning a graduate degree in Banking and Finance. He was drafted into the US Army in 1968 with basic training at Fort Ord, California and advanced Military Police training at Fort Gordon, Georgia, after which he received his orders for Vietnam in March, 1969.

During his 14 months in Vietnam, he was assigned to Headquarters, 1st Logistical Command (II Corps), in Intelligence and Security near Qui Nhon (Long My Depot), Binh Dinh Province. He worked in the Tactical Operations Center as Intelligence Sergeant. His awards include the Bronze Star for Meritorious Service. He was honorably discharged from service in May, 1970 and moved to Colorado.

He moved to Highlands Ranch in 1999, where he lives with his wife, Joanne. He has two sons, David and Brian, and two daughters, Jana and Tara. He is a retired CPA and bank holding company Vice President and Controller.