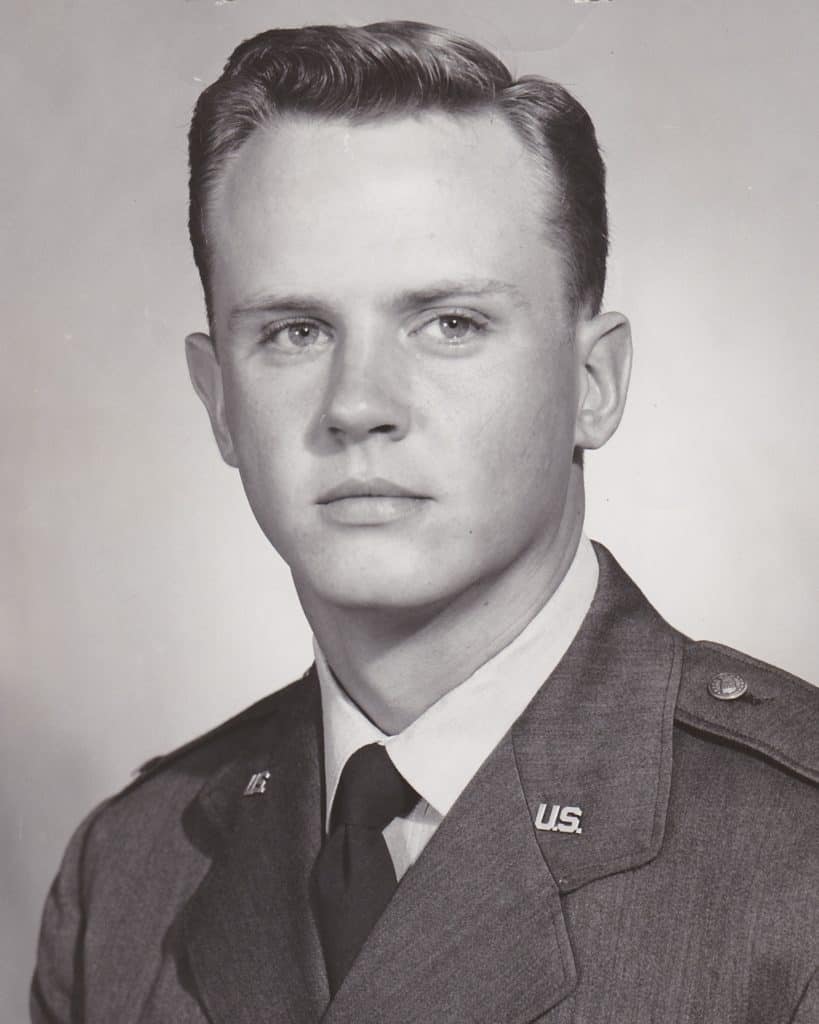 Stephen Clark Matthews was born in Springfield, Missouri on August 10, 1934. Steve’s passion was music and to this day he is an accomplished clarinetist. His fondest “musical” memory is that of a young boy of eleven playing clarinet in the Springfield Boy Scout Band while proudly marching in President Harry Truman’s Inauguration Parade in Independence, Missouri.

In 1955, Steve entered the United States Air Force as an Aviation Cadet, graduating as a Navigator and 2nd Lieutenant July 20, 1956, after which he was assigned to B-36 Bombers at Carswell AFB. After taking the last B-36 to the “boneyard” in late 1957, he was assigned to B-52 Upgrade Training, and the unit moved to Altus AFB.

In 1965, Captain Matthews was assigned to Thailand where he served as Administrative Executive Officer to the Commander, providing control of the Air War over North Vietnam. His subsequent tours included Wiesbaden, Germany, Randolph AFB, and finally, Lowry AFB where he retired in 1977 as Lieutenant Colonel.

Steve then served many years with United Way, generating funds for much needed services in Colorado and beyond. He, subsequently, sold real estate for many years. He now enjoys retirement and continues to play his clarinet.